Sooji/Suji/Rava is a gritty coarse type of flour that comes from durum wheat. Granulated wheat which is otherwise called Semolina is produced from the hard red wheat berries whose bran, germ and endosperm are separated and the endosperm breaks into fine grains during the milling process. It is called Semolina or Sooji in North India and Rava in South India.

Semolina is off-white or yellow, depending on the variety of wheat it was made from, and resembles coarse sand in texture. There are many kinds of semolina available on the market.

In India, after the flour is ground in a flour mill (chakki), it is passed through a fine mesh until the flour and semolina are separated. The residue of the milled product is semolina which can be used in the production of many food dishes.

You need to check the type of semolina while buying, whether it is from soft wheat or hard wheat of the durum variety. For preparing Indian dishes like Upma, idly, sweets, the soft variety will be good, while the hard type will be good for gnocchi, pasta, and home-made couscous.

Uses of Rava in Indian Kitchen

Semolina is also used to make a savoury South Indian dish called Rava dosa that resembles a thin pancake without any eggs.

In North India, semolina is used to make Kheer and halva, prepared during festive occasions.

Semolina being a good source of vitamins, E and B provide good immunity from diseases. Many choose to have it as porridge with added chopped nuts and raisins to increase its nutritional content as well as taste.

Semolina is widely used throughout the world owing to its many culinary applications. In the US, it is mainly used for the manufacture of pasta and hot cereals, enriched with iron and folic acid.

In Italy, semolina is used in the manufacture of pasta and gnocchi. It is the high gluten content of durum semolina which gives the pasta its pleasant taste and ensures that the shape is retained during the cooking process. It is also used to give bread, cookies and desserts an unusual and appealing texture.

In the Middle East, they make cakes from semolina that is flavoured with lemon and almonds or pine nuts and sesame.

Semolina contains B vitamins and high protein content. It contains no fat or cholesterol and is very low in sodium. It is a nourishing source of energy for those who lead an active lifestyle and for the health conscious. 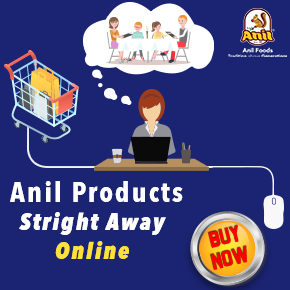